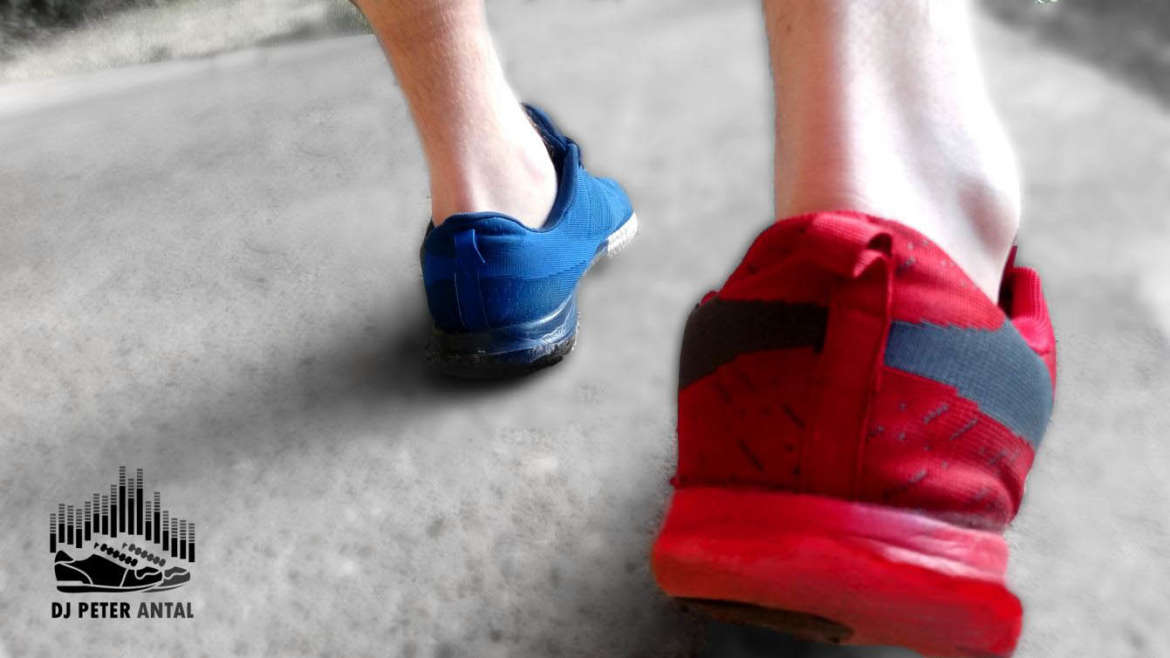 Wearing mismatched shoes is a trend around the world, with personalities in the entertainment, fashion and sports industries leading the way.

LOS ANGELES – July 24, 2017 – There are many ways to make a statement about who we are and how we feel about ourselves.  Many times, how we dress is a clear indication of our identity.

How we carry the clothes and accessories we wear can be a statement on its own. Shoes, although many times ignored because they “only” protect our feet, can be an ingenious way to tell the world

who we really are! Peter Antal, a DJ and music producer, is a man on a mission to tell the world that we don’t have to conform to unwritten cultural and social rules. Years ago, when he was only a teenager.

Peter decided that he wanted to tell the world that every one of us is a unique and special individual.  That is when he made a statement about his own individuality and started wearing mismatched shoes.

Red and blue shoes would become his trademark as he went from being a teenager into adulthood and later venturing in the world of music.  Being an artist, music producer and composer, his public persona is part of who he is.
Wearing red and blue shoes is only the way in which he shares that public face with the world.
Red and blue shoes are Peter’s way to send a message, to make a statement.  Making a statement, you get the conversation started.
People can make statements in many different ways.  They can wear mismatched shoes, use a special accessory, be creative, invent something or write songs.  It is up to them to show their individuality and how that makes them unique.
Peter is not alone.  Many in the world are already showing their true self, their originality.  From sports figures to fashion icons.  Artists to socialites.  All of them share one thing in common, their uniqueness shows and it shows boldly.
Our shoes take us places.  Red and blue shoes take Peter up the stairs and to the elevators in the lyric video for his song “Bring me to the Elevators”. Red and blue are the colors that help him challenge the unwritten rules and find a way up to where he wants to be.
You can watch the video here:

Wearing mismatched shoes is a way to tell the world who you are, just as DJ Peter Antal tells the world about what makes him unique.  It is fine to be different.
Being different is being original.  Being original is being genius.
How can you show the world your originality?  Are you able to express your uniqueness through an original statement?
DJ Peter Antal is a young and creative DJ, musician and producer.  He has worked with companies in the music industry, such as Sony and Columbia Records, as a producer, composer and A&R.  He has also collaborated with many artists and produces his own music.  You can find out more about him and his work through YouTube, Google+, on Twitter as @DJPeterAntal, Instagram as @DJPeterAntal, or at https://www.facebook.com/dj.peter.antal/
Categories: Tracks / Mixes, Videos Tags: DJ, DJ Peter Antal, Mismatched, music, Trend